Boone County was formed in 1798, and named in honor of Colonel Daniel Boone.  It is situated in the most northern part of the state, in a well known bend of the Ohio river, called North Bend.  The average length of the county is about twenty miles, from north to south, and its average breadth about fourteen miles.  It is bounded on the east by Kenton, on the south by Grant and Gallatin counties, and on the north and west by the Ohio river, which flows along its border about forty miles, dividing it from the states of Ohio and Indiana.  The surface of the county is generally hilly, but still there is a considerable quantity of level land in it, and nearly all the land is tillable.  On the Ohio river there are found considerable bodies of level land called bottoms, the soil of which is very productive; farther out from the river the land is good second rate.  The taxable property in this county in 1846 was $3,332,138; number of acres of land, 153,330; average value of land per acre $14,39; white males over 21 years of age 1,959; children between 5 and 16 years of age, 2,104: population in 1830, 9,012; in 1840, 10,034.  The staple productions are Indian corn, tobacco, oats, wheat, whisky, flour, apples, and hogs; timothy and blue grass grow luxuriantly in almost all parts of the county.  The Covington and Lexington turnpike road runs about ten miles through this county.  The principal streams and creeks are Woolper, Middle creek, Gunpowder and Big Bone creek, which is at its mouth and some distance up the south boundary of the county.
The principal towns are Burlington, the seat of justice, situated six miles S.S.W. from the nearest point of the Ohio river; Florence, on the Covington and Lexington turnpike road; Union; Walton; Verona; Hamilton, on the Ohio river; Petersburg, on the Ohio, and Francisville.
BURLINGTON, the seat of justice, is situated fourteen miles from Cincinnati and seventy miles from Frankfort,--contains four churches:  Baptist, Methodist, Presbyterian and Reformed; Morgan's Academy, with an endowment of $5,000 and sixty students; two schools, seven lawyers, five doctors, five stores, two taverns, one shoe and boot store, one wool factory, eight mechanics' shops, one tobacco factory, and a population of four hundred.  It was incorporated in 1824.  Florence contains two churches, three doctors, two stores, two taverns, two schools, four mechanics' shops, and a population of two hundred.  It was incorporated in 1830.  Francisville contains one church, one tobacco factory, and one store.  Hamilton contains one school, one tavern, three stores, two doctors, and a population of two hundred.  Petersburg contains two schools, one tobacco factory, one steam distillery and flouring mill, two churches, one tavern, two doctors, and a population of two hundred and fifty.  Springtown, below Covington, is a fishing place with seventy-five inhabitants.  Union contains two churches, one store, one doctor, and fifty inhabitants.   Walton contains one tavern and two tobacco factories, and has a population of fifty.
SOURCE:  Collins, Lewis, History of Kentucky, Lexington:  Henry Clay Press, 1968 (A reprint of the 1847 History of Kentucky by Lewis Collins)

If you are interested in Boone County, Kentucky genealogy or history, then you're at the right place!

Welcome to "My Boone County"!

WELCOME TO MY BLOG! BooneCountyKy.US is an easy-to-remember web address that will get you to these pages at a site which is devoted to aid... 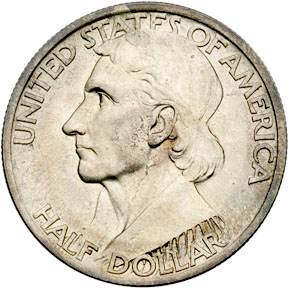 If You're Here (Where Else Would You Be?), You Might Want to Look at What Philip Has Put Together

Scene from Boone County's Past 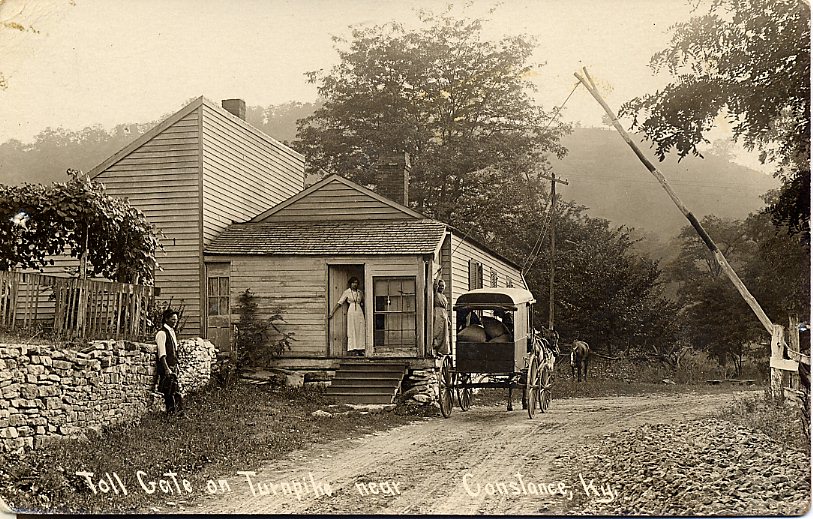 The Germanna Colonies in Boone County

Scene from Boone County's Past 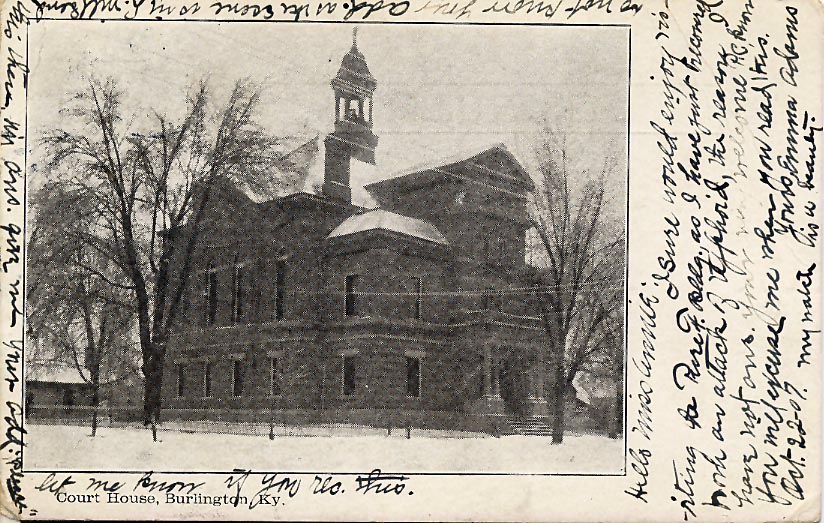 Across the River - Links to Indiana & Ohio Neighbors

Historic Sites of the County